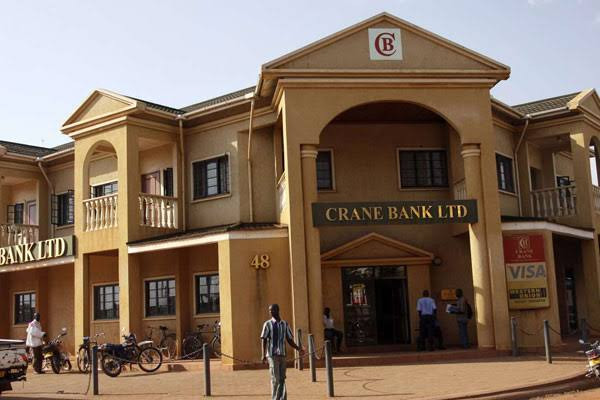 KAMPALA, UGANDA: Bank of Uganda (BoU) is seeking to hire an independent audit firm that will carry out a comprehensive audit on the current state of affairs of the now-defunct Crane Bank, six years after the same commercial bank was closed.

According to an advert published in one of the local newspapers, BoU said it is now open to receiving bids from interested audit firms to carry out the audit. The bidding process is open until December 2.

“Bank of Uganda invites sealed bids for eligible bidders for the procurement of an audit firm to conduct a comprehensive audit on the state of affairs of the defunct M/S Crane Bank Limited,” partly reads the advert.

“The bidding document may be inspected online under the procurement tab on the bank of Uganda website…issued to interested bidders upon payment of $50 by funds transfer…,” the bid advert further reads.

It is not yet clear why the Central Bank is interested in auditing a defunct financial institution which was dissolved six years ago and its assets and liabilities sold to DFCU Bank.

Crane Bank Limited owned by City Businessman Dr Sudhir Ruparelia was on October 20, 2016, placed under statutory management by BoU, pursuant to sections 87 (3) and 88 (1) of the Financial Institutions Act for being undercapitalized.

Pursuant to Section 94 of the Financial Institutions Act, BoU placed the bank under receivership with some of its assets and liabilities later sold to dfcu Bank.

However, in June 2017, Crane Bank in receivership filed a commercial case before the High Court Commercial Division in which it was seeking to recover at least Shs397b from the majority shareholders in the bank, Mr Sudhir Ruparelia.

Sudhir according to the suit was being accused of misappropriating the funds as the bank director and shareholder with his Meera Investment Company.

On August 29, 2019, then presiding judge, David Wangutusi dismissed the multi-billion commercial dispute on grounds that Crane Bank in receivership lost its legal powers “to sue” Mr Ruparelia or “to be sued”, the moment it was placed under receivership.

Dissatisfied with the Commercial court ruling and decision, Crane Bank filed an appeal before the Court of Appeal, which was equally dismissed for similar reasons as the lower court.

This however did not stop the Central Bank to seek justice from the Supreme Court (the highest apex of the court in the country), but incidentally, it withdrew the appeal even before the court could hear it out which prompted the Supreme court to rule in Sudhir’s favour and order Crane Bank to be reverted to its shareholders.

In October this year, Sudhir was dealt a big blow as the London High Court in England ruled in favour of dfcu Bank, its directors and shareholders in a case filed against them by the defunct Crane Bank and six of its directors, seeking Shs816b (about 170 million pounds).

A month later, the Bank of Uganda is now seeking an independent audit firm that would offer an informed state of affairs of the defunct bank.

Milk Processing and its Impact on the Quality of Dairy Products