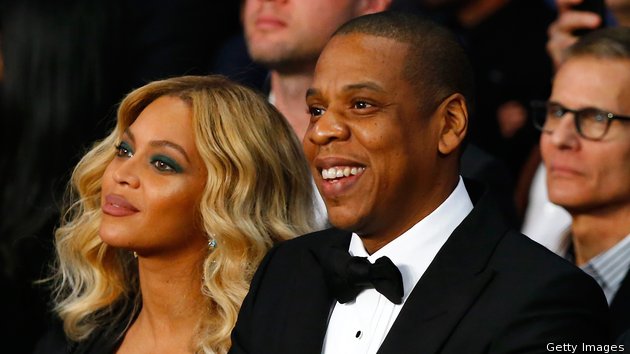 Beyonce put paid to speculation that her marriage may be in trouble when she thanked her “beautiful husband” Jay Z as she kicked off her world tour in Miami on Wednesday evening.

The couple’s relationship has come under close scrutiny since Beyonce released her visual album Lemonade, which deals with themes of infidelity and anger and features many cryptic lyrics which have sent the rumour mill into overdrive.

In the past couple of days both Rita Ora and designer Rachel Roy both denied having an affair with Jay Z. as fans fans try to figure out who the mystery “Becky with the good hair” mentioned in one of Beyonce’s new songs could be.

Beyonce clearly took pains to address the rumours last night by specifically thanking her “beautiful husband” at the end of the show in Miami, the first of her Formation World Tour. She also dedicated the track Halo to him.

“I wanna dedicate this to my beautiful husband,” she said. “I love you so much.”

During the two-hour set, Beyonce largely performed tracks from her last two albums, including Sorry, Hold Up and Don’t Hurt Yourself from Lemonade, mixed in with more upbeat tracks from her 2013 self-titled release and some throwback classics such as Baby Boy, Naughty, and Destiny’s Child hits Survivor and Bootylicious.

Beyonce, who has been married to rap mogul Jay Z since 2008, shocked fans with the content of her new album, which features lyrics such as: “This is your final warning … If you try this s*** again, you gon’ lose your wife.”

While none of the lyrics specifically name Jay Z, and the couple have not confirmed that the lyrics are based on actual events.

Battle Of DJs Season 3 Gets A Financial Boost

Army body guards save Bebecool from angry Mob at Nambole