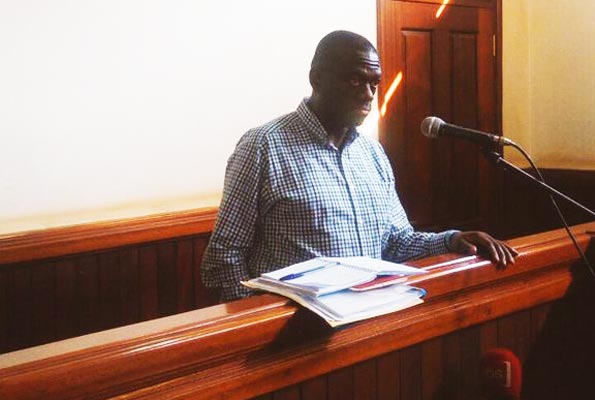 Court Orders prosecution to expedite investigation into Besigye’s case
Nakawa Court Chief Magistrate James Ereemye has ordered Police and the prosecution side to expedite Investigations into the matter where former FDC’s presidential candidate Kiiza Besigye is on remand on charges of treason.
This was after Besigye’s submissions where he raised concerns that a time frame should be given to conclude investigations into his matter, so that he can prove his innocence, in response Eremye stated, “Of course I will start with the concern that deals with investigations and I want to agree with you (Dr Besigye)that investigations into this case should be expedited and in the last adjournment, court was informed that by this time round, investigations would be complete”
He added: “ I will still add my concern that as you (state) continue carrying out investigations, be mindful that the accused (Dr Besigye) is entitled to a speedy trial and that any delays is an issue about his rights which is a constitutional matter. I want to add a concern that you should ensure that justice is seen to be done.”
But the state through Ms Doreen Elima, assured the court that the police is working around the clock to ensure that the investigations into Dr Besigye’s treason case are completed as soon as possible so that he can be sent to the High Court to stand trial.
In the same matter, Besigye submitted that his life and rights are being violated and this has been done in all pleas whenever Besigye is brought before court, in this Mr. Ereemye said that he will spare time next week and visit luzira prison to ascertain whatever is happening in there.
“On the issue of violation of rights in prison, it’s high time under the umbrella of DCC [District Chain-Linked Committees] that I should visit you in Luzira prison so that we discuss and see how and why these concerns keep on coming up so that we can come up with solutions in that regard,” Magistrate Ereemye assured Dr Besigye who was very attentive in the dock.
He added: “I will be doing this visit early next week so that we address those concerns”
The magistrate adjourned the case to July 13 to enable the state update the court on how far they have gone with the investigations.
Dr Besigye was then driven back to Luzira prison where he has been for the last two months.
Prosecution alleges that Dr Besigye and others at large between February 20 and May 11 of this year in diverse places of Uganda formed an intention to compel by force or constrain the government of Uganda as by law established

Drama As MPs Storm Kiruddu To Get Nambooze