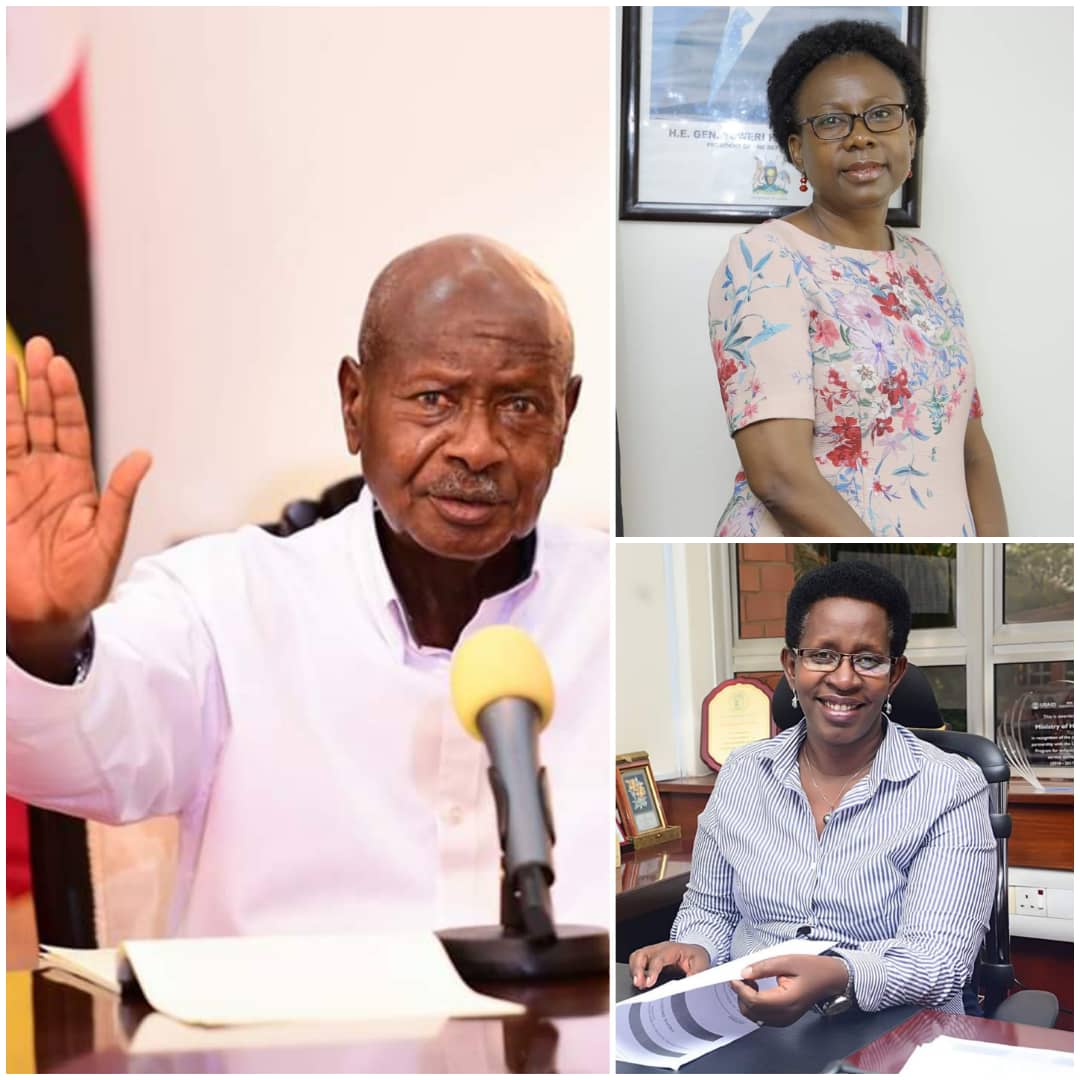 Research by Public Opinions and Published by Mbarara News

Dr Diana Atwine, the Permanent Secretary of the Ministry of Health, has outlined some of the achievements of President Museveni in the health sector.

The NRM Government policy on health is to ensure that all Ugandans have access to high quality and affordable health care so as to contribute to social and economic development and hence the Mission of the Ministry of Health is to provide the highest level of health services to all people in Uganda through delivery of promotive, preventive, curative, palliative and rehabilitative health services at all levels-Dr Diana Atwine the Permanent Secretary of the Ministry said. She further stated that the vision of the Ministry of Health is to facilitate the attainment of a good standard of health by all people of Uganda.

In order to promote a healthy and productive life The sector intends to achieve the above by putting emphasis on health promotion and disease prevention and increasing access to health facilities and this is what we have been committed to-Dr Diana told Public Opinions.

Through our field based research, we have compiled 26 Achievements of H.E Yoweri Kaguta Museveni in the Health Sector. They are not limited to;

1. President Yoweri Kaguta Museveni supported the establishment of Medical Research Council and Uganda Virus Institute (UVRIS) in 1988 to improve the understanding and control of the HIV epidemic in Uganda and globally. In 2017 after wider consultation, UVRI/MRC broadened its work beyond HIV to include other infections, neglected, endemic, emerging and re-emerging infections and expanded its work in non-communicable diseases (NCDs). On 1st February, 2018, the MRC/UVRI Uganda Research Unit formally joined the London School of Hygiene and Tropical Medicine (LSHTM) and became The MRC/UVRI and LSHTM Uganda Research Unit which is boosting research capacity into some of the current and emerging health issues in Africa and the world. The MRC/UVRI is the lead health institution in Uganda fight COVID-19. Thanks to President Museveni.

3. President Museveni has promoted Enhancement of education and empowerment of families and households to achieve balanced diets. The Nutrition Program has been scaled up with the aim of preventing severe macro and micro nutrition. The Ministry of Health has developed guidelines on healthy eating and lifestyle and these were launched on 12th July 2019 at the National Day of Exercise. The Ministry of Health advocated for creation of breastfeeding corners at all workplaces (including Parliament) and there is need to follow up on the practice so that breast feeding mothers can continue feeding for at least 2 years.

4. The NRM Government under the Leadership of President Museveni has scaled up the Results Based Financing program with focus on Reproductive, Maternal, Neonatal, Child and Adolescent Health Services in all districts through the URMCHIP; and Enhancing Health in Acholi Sub-Region Projects. This is geared at improving efficiency, equity and quality of health services.

6. The Government of Uganda through Ministry of Health finalized the Sexual and Reproductive Health and Rights Policy, which is ready for submission to Cabinet. Together with Partners and NoN-Governmental Organizations, the Ministry, continue to sensitize families on planning for the families using the Family Planning Communication Strategy. According to the UDHS 2016, Contraceptive Prevalence Rate increased from 24% to 39% for modern methods. However the Government target is 50% by 2020.Male involvement in sexual and reproductive health is very low and the Ministry of Health plan to disseminate and operationalize the Male Involvement Strategy.

7. President Museveni has promoted campaign to ensure that 100% of the children are immunized against all the 13 preventable diseases. Routine immunization services are provided at all health facilities and outreaches conducted in all districts with support from GAVI. President Museveni directed Ministry of Health to procure and install a total of 1,514 Immunization Program solar fridges over the last one year to ensure a quality cold chain and safe vaccines for the EPI program. Thank you president Museveni. Except for Human Papilloma Virus vaccine which had global inadequacies, adequate quantities of all co-financed vaccines (DPT-HepB-Hib, PCV & Rotavirus) were procured and distributed by the Ministry of Health.

10. The Government of Uganda with funding from partners in USA Built a Modern Uganda Cancer Institute (UCI) in Mulago and The East Africa Community approved UCI as Centre of Excellence for training, research and treatment of cancer in East Africa and expansion of the infrastructure is ongoing. 183 students have been funded to pursue different courses in cancer related disciplines including 14 specialist oncology fellowships and 10 PhDs. A Linac machine was procured and will soon be installed. A new Cobalt-60 Radiotherapy Machine was commissioned and construction of 6 more radiotherapy bunkers to improve the radiotherapy services is ongoing. The UCI is in the process of establishing Regional Cancer Centres in Gulu and Mbarara to increase access to care.

11. President Museveni has promoted and supported Comprehensive HIV Prevention, Care and Treatment Allover Uganda. ART coverage among HIV infected adults and children has increased over the years to 86% (1,198,445 / 1,393,445) in 2018/19.This progressive trend implies that the country is on track to achieve the second of the triple 90-90-90 by 2020 targets in the Fast Track Strategy for ending AIDS by 2030. In FY 2018/19, 91% (29,475/32,485) HIV+ pregnant women not on HAART receiving ARVs for elimination of Mother-To-Child Transmission of HIV. Transmission of HIV from infected mothers to their new born babies fell to less than 3,000 babies during the year.

12. The Government of Uganda under the wise Leadership of President Museveni has eliminated leprosy as a public health threat in 2014 and has sustained national elimination status for 5 years. However, there are still about 10 high burden districts (Amolator, Arua, Kumi, Moyo, Koboko, Mayuge, Yumbe, Kasese, Lira and Nebbi) that accounted for 90% of notified cases and President Museveni has directed better interventions in the districts. The number of leprosy cases has reduced to about 200 every year.A 5 year National Strategic Plan Development 2020/21-2025/26 and Policy Guideline for ending TB Leprosy by 2030 have been developed.

13. President Museveni has spearheaded nationwide campaign to prevent, control and treat Malaria. National malaria prevalence in children under five years declined from 55% in 2009 to 17% in 2017 by Rapid Diagnostic Tests and 9% by microscopy. Ministry of Health and partners continue to implement malaria reduction strategies like use of LLINs, Indoor Residual Spraying and Larviciding. The Government will be distributing another 27.4 million nets from June 2020 throughout 2021.A National Malaria Control and Elimination Policy 2020 – 2030 is under development.

14. The NRM Government has scaled up the surveillance of diseases such as Ebola and Marburg fever to ensure early detection and control. A National Task Force comprising partners and other sectors is in place to coordinate response to all epidemic outbreaks. All the District Health Teams in the country have been trained on Integrated Disease Surveillance and Response, Refresher courses are given when need arises for example during the current COVID-19 pandemic, The country has established laboratory capacity at Uganda Virus Research Institute (UVRI) and National Public Health Laboratory at Butabika to diagnose and confirm outbreaks including COVID-19.

15. The Number of Qualified Health Professionals as increased from 90,412 in 2017 to 101,350. The Overall stock of qualified health profession available for employment in the health sector increased from 90,412 in 2017 to 101,350 by June 2018.Salary enhancement for medical personnel was effected in FY 2018/19 and Ministry of Health undertaking assessment of the impact of the enhancement on motivation, retention and attraction of health workers. A total of 721 scholarships have been awarded to health workers and these include; 101 for Diploma in Anaesthesia, 39 for Bachelor of Anaesthesia, 29 for Bachelor in Biomedical Engineering, and 173 for Certificate in Theatre Techniques, among others.

16. The NRM Government has promoted and supported availability of Essential Medicines and Health Supplies. The allocation for medicines and health supplies has been increasing from Ug. Shs. 202 billion in FY 2010/11 to Ug. Shs. 396.17 in FY 2019/20.In addition, UGX 7.4 billion which is 50% of the entire PHC non-wage grant to PNFPs was released to JMS to procure and distribute EMHS for accredited PNFP facilities. In FY 2018/19, on average the 41 commodities were available on 75 of the 90 days (84%) and an average of 41% of health facilities reported over 95% availability. Ministry of Health plans to scale up innovative e-LMIS system and link it to the Enterprise Resource Platform under development by National Medical Stores (NMS) to enhance traceability and accountability of medicines.

17. President Museveni directed the construction of a Central Vaccine Store in Kajjasnsi. With support from GAVI – The Vaccine Alliance, National Medical Stores (NMS) is constructing a Central Vaccine Store as part of the larger NMS warehouse at Kajjansi. The new warehouse will increase the capacity of pallet positions to 30,000 compared to the current 8,000 pallet positions. Works are expected to be completed by end of 2020.

18. The Government of Uganda has strengthened the capacity of the National Drug Authority (NDA) to detect and fight counterfeit drugs. There is verification of all imported medicines, medical devices and surgical instruments as well as constant market surveillance and operations to guard against counterfeits. 17.4% (1,407) drug outlets out of 8,077 visited were found non-compliant and regulatory action taken. NDA conducted a herbal survey for the first time to establish the availability and distribution of herbal products on the market.

19. The NRM Government under the focused Leadership of President Museveni is Renovating and Expanding Kawolo,Kayunga and Yumbe Hospitals. Rehabilitation and equipping of Kawolo Hospital started on 1st May 2017 and completed in 2019. The hospital is now ready for commissioning. Contracts for Expansion of Kayunga and Yumbe Hospitals were signed on 5th January 2018 and some of the works done in each of the hospitals include; Increasing the bed capacity to 200 from 100 beds, construction of 26- bed private wing and isolation ward, Fully equipped accident and emergency unit, construction of 3 advanced operation theatre rooms with a neonatal ICU, Interns hostel with 20 apartments, among others. Kayunga hospital is at 99% completion while Yumbe is at 92% pending installation of equipments.

20. President Museveni directed Ministry of Health to construct a Regional Specialized Paediatric Surgical Hospital in Entebbe. The foundation stone was laid in February 2017 in Entebbe and has been completed. According to Dr Diana Atwine,the Hospital was due for commissioning in April 2020 but it was delayed due to COVID-19 outbreak. The hospital will provide services to the nation and the region.

21. President Museveni directed Ministry of Health to ensure decent accommodation for Health Workers. More than 500 staff housing units have been put up at different hospitals and health centres. 26 twin staff houses constructed with GAVI support in 15 districts & commissioned in 2018, So far, 68 staff housing units still under construction in Karamoja.

22. The Ministry of Health has constructed more hospitals in different parts of Uganda. The following hospitals were upgraded from HC IVs in FY 2019/20 and are operational (Amuria, Kaberamaido,Koboko, Rukunyu, Kasana – Luwero,Mukono).Construction of Buwenge and Bukwa General Hospitals commenced in 2009 and are yet to be completed.

23. President Museveni directed Ministry of Health to Rehabilitate and upgrade Mulago National Referral Hospital. The rehabilitation and equipping of Lower Mulago Hospital is ongoing and the current progress of work is at 95%. The hospital was partially opened for the management of COVID-19 patients. 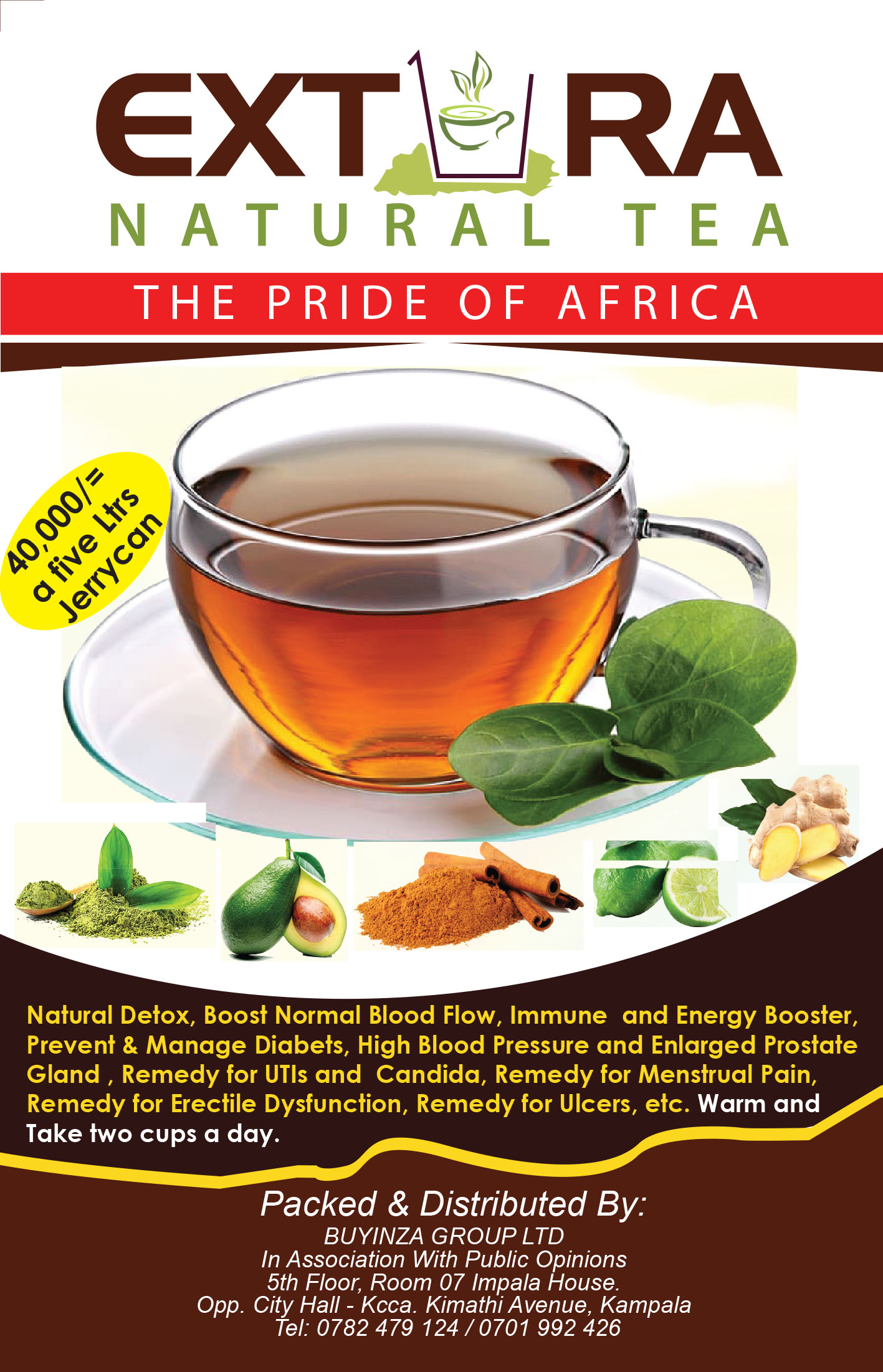 Research by Public Opinions and Published by Mbararanews

Over 50 Job and Career Opportunities For This Week