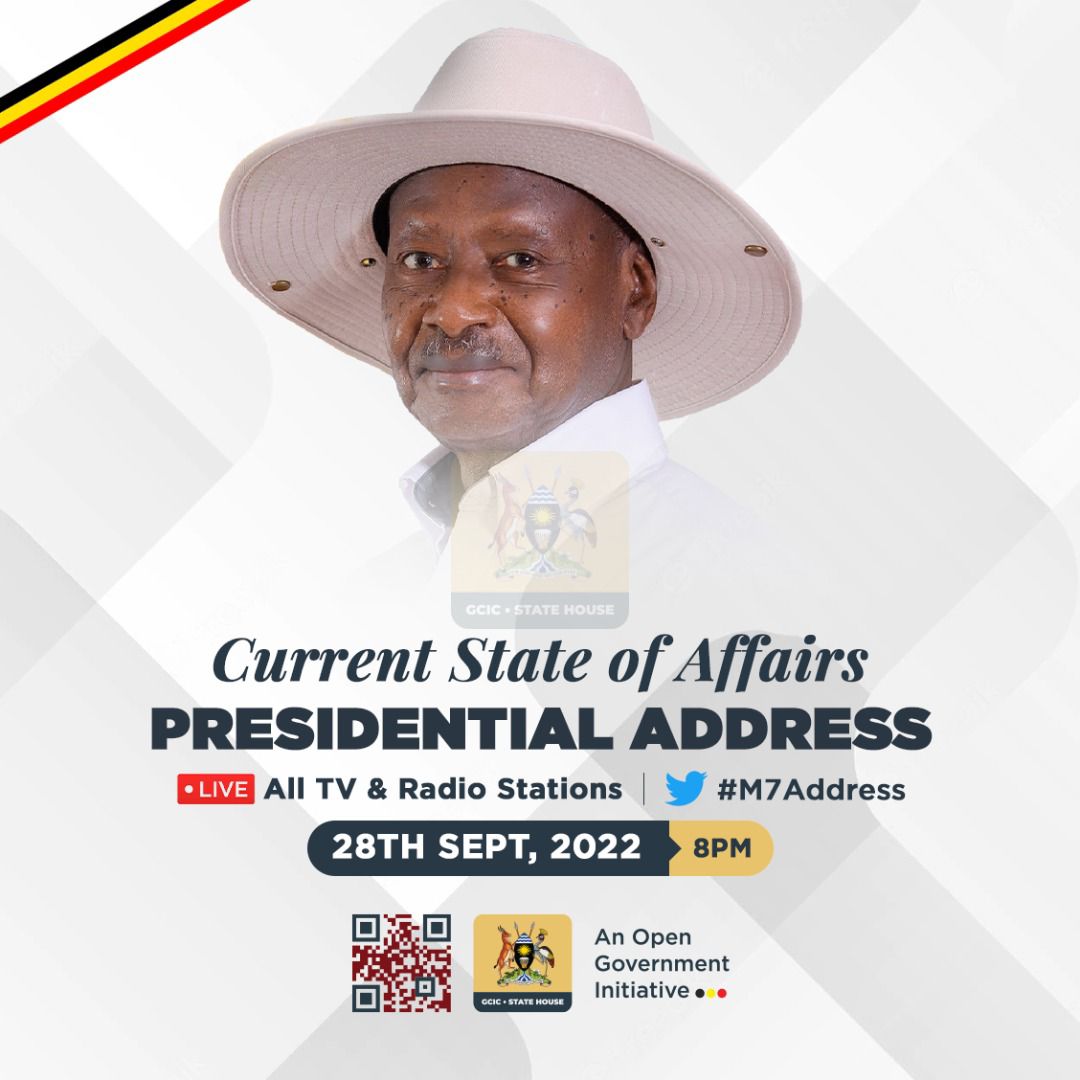 President Museveni will today address the nation at 8pm on the ravaging Ebola outbreak.

The national address will be live on all radio and Tv stations said PPU.

On 20th September health authorities declared an outbreak of the Ebola disease caused by the Sudan Virus, following laboratory confirmation from a patient in Madudu Sub County in Mubende district.

The Outbreak comes at a time the country is recovering from the COVID-19 pandemic that left thousands dead and economy in meltdown.

As of today the cumulative number of 36 Ebola Cases have been reported from the districts of Mubende, Kyegegwa and Kasanda, with 23 confirmed dead said Emmanuel Ainebyoona , the spokesperson for the Health ministry

There’s alot of panic but our response is outstanding said Ainebyoona , adding that they have deployed enough resources in high risk areas to contain the disease.

No cases have been reported in Kampala metropolitan after the tests on a sample picked from a woman who passed away in Kansanga turned out to be negative of Ebola.

Mbarara News understands health officers have been put on high alert to identify patients with Ebola symptoms for special care.

Express in ‘multimillion’ three-year deal with Bet Sure

Opinion: Ntinda Residents Should Appreciate Government For The Ongoing Road Works In The Area

Bobi Wine Goes Back To School