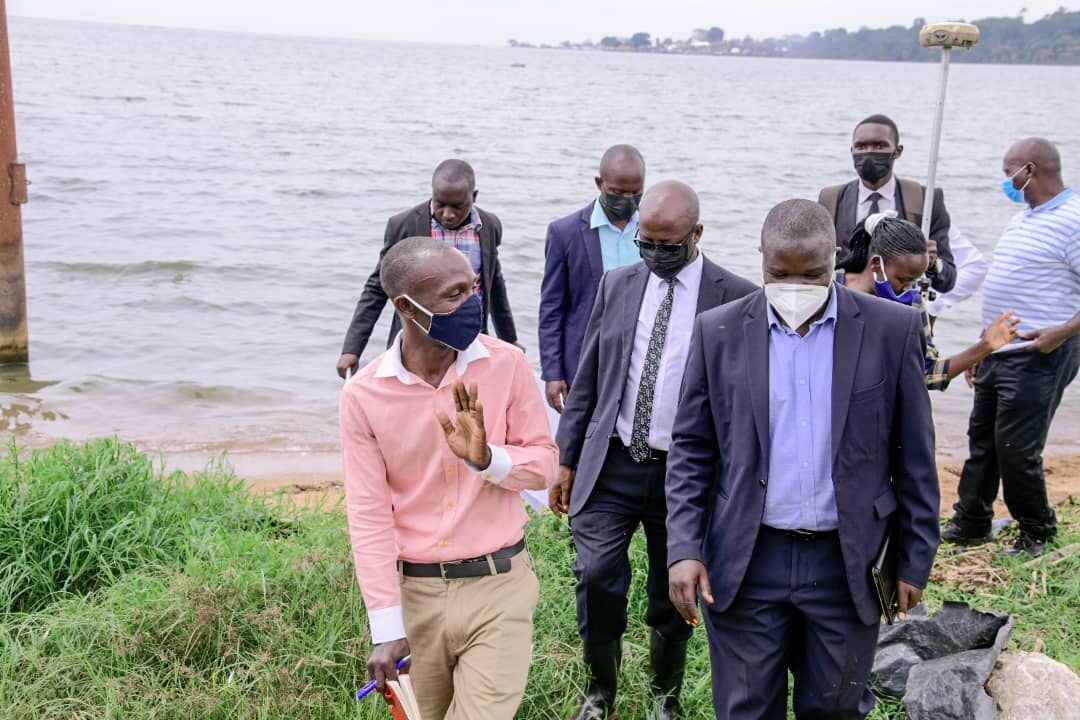 This followed the conclusion of NEMA’s satisfaction with the project design review and adjustments by the developer under the guidance of NEMA, to address all issues that would compromise the integrity of Lake Victoria and the surrounding environment.

On 10th December 2021, NEMA issued a stop notice to the developer over a breach of conditions in the Environment and Social Impact Assessment Certificate No. NEMA/EIA/11651 was earlier issued to the developer by NEMA in 2020.

The developer had commenced work without obtaining a lake shore user permit which is a legal requirement, and there were also concerns of siltation of Lake Victoria by the soil from the site.

On 15th December 2021, NEMA had a meeting with the management of Speke Hotel (1996) Limited to guide the developer on how to sustainably undertake the project.

A number of subsequent engagements have since been undertaken including inspections and site visits by the NEMA Board, Environmental inspectors, the Environmental Police and the area Local Government.

On 29th April 2022, following NEMA guidelines to the developer for final review and readjustments in the project design to secure the lake from any potential negative impacts of the project, the developer submitted adjusted designs and revised project implementation modalities.

According to the press statement from NEMA, the authority has reviewed and finally endorsed the revised master plan and implementation modalities for the Speke Hotel Resort at Kitubulu.

In addition to the revised master plan, NEMA has agreed to the project with the following conditions that Speke Hotel (1996) Limited must adhere to going forward.

There shall be no dumping of soil or other waste whatsoever into the lake during the construction phase and implementation phase.

All waste must be treated on-site in a cyclical manner. There will be no waste discharged into the lake even after the treatment of effluent.

The community should not be barred from access to the beachside of the Resort.

Speke Hotel (1996) Limited was also tasked to install beach/shoreline protection gabions before construction to prevent soil and debris from being deposited into the lake by surface water runoff during the construction phase under the technical guidance of the Directorate of Water Resources.

No dredging of the lake is permitted under the first phase of the construction. The Marina establishment phase will undertake more in-depth studies to guide any decisions in that respect.

Finally, the land taken up by increasing water levels remains protected as part of the lake and no reclamation of the same should be done.

Such land can be used as a beach area in case of water recession and no infrastructure should be established in such area since it is needed for water fluctuation movements.

Uganda is ranked among the top tourist destinations in the world and tourism is a key contributor to the economy with a national target to increase earnings from tourism from USD 1.45 billion in 2020/21 to USD 1.862 billion by 2024/251. In order to maintain this position and to develop the tourism industry sustainably, there is a need to regulate how the country’s natural resources are exploited. Under Regulation 23 of the National Environment (Wetlands, River Banks and Lake Shores Management) Regulations, No. 3/2000, developments within 200 meters of the lakeshore require a Lakeshore user permit issued by NEMA. Such permits are only issued for sustainable and compatible tourism and recreation activities including resorts, beaches, and marinas among others.

Big Story: Dr Sudhir Ruparelia Calls For A Ban On Importation of Luxury Goods In Africa

We don’t need your sugar – Kenya