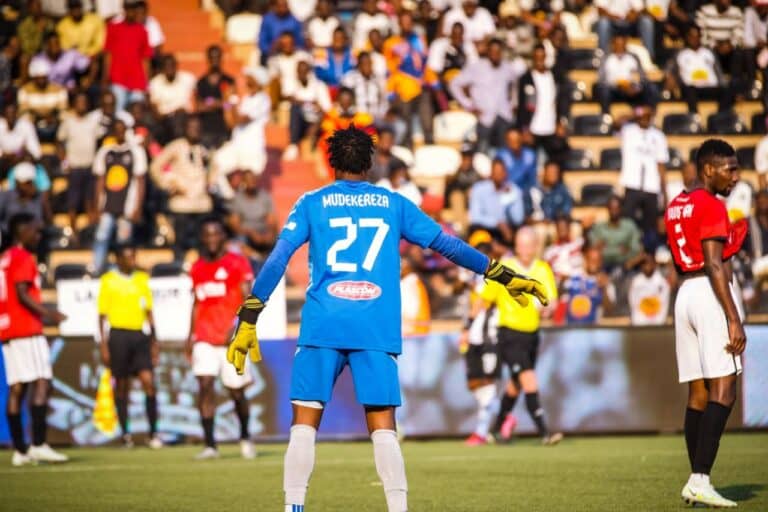 Former Vipers SC head coach Fred Kajoba has lavished praise on goalkeeper Alfred Mudekereza for his impressive display on the club’s road to the group stages of the CAF Champions League.

The newly signed custodian kept four clean sheets as Vipers qualified for the group stages of the Champions League for the first time in their history.

“First things first, I would like to congratulate Vipers for achieving such a milestone,” Kajoba told Mbarara News before adding.

“I am also happy with Dr. Mulindwa for taking my advice about the goalkeeping department.”

“When I arrived at Kitende I told him that we couldn’t go anywhere without a good goalkeeper.”

“All along Vipers has not had a goalkeeper that would help them qualify for the group stages but after getting him in just one season they are there.”

“This should be a lesson to all the clubs in Uganda that a good goalkeeper is fundamental.”

“As an expert in goalkeeping, I am frank about this that Vipers qualified because they had a good goalkeeper,” Kajoba noted.

The Congolese pipped Burundi’s Fabien Mutomboora to the number one spot and he has proved that he is worth it.

He was sensational when Vipers eliminated TP Mazembe 4-2 in the penalty shootouts following a goalless draw after two legs.

2018/19 Premier League Fixtures Out. Emery Vs Guardiola At the Start