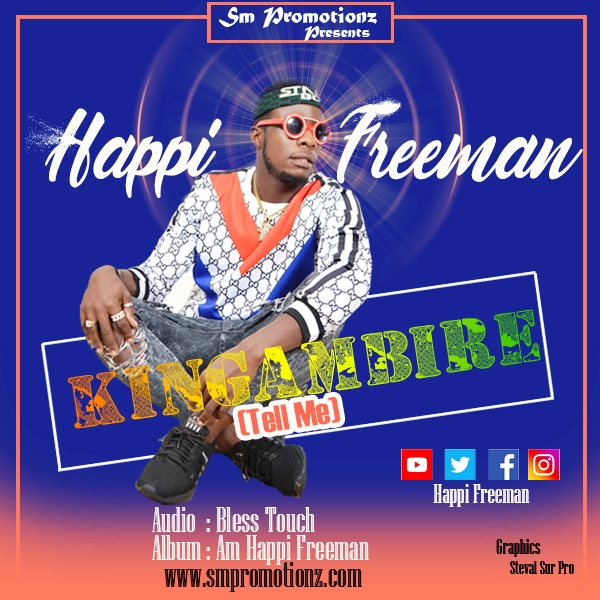 Happi Freeman is a Mbarara born dancehall artiste based in kampala.He does a fusion of genres and has just released a new single titled ‘Kingambire’ which is steadily doing well with the fan base.

Kingambire song was written by subject the difference and produced by Bless Touch in Bless Touch Records and the singer is signed under SM promotionz.

Anne Kansiime To Perform In Malawi