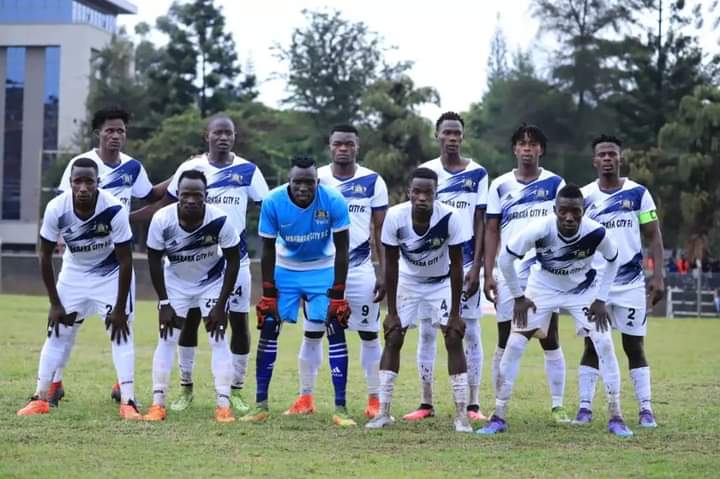 Mbarara City failed to go on top of the table after a one all draw with Calvary FC at Midigo Primary School grounds.

Calvary FC are 12th with six points after winning once, drawing three times and losing twice in all the six games they have played.

The Ankole Lions are unbeaten in third position with 12 points after three victories and three stalemates.
Both teams return to action on Thursday next week

Mandela Thanks Teammate Mudekereza For Saving His Life

Uganda to face neighbours Rwanda in U-17 AFCON Qualifier

Kashari North Loses To Ibanda in the Eiraka Radio Tournament