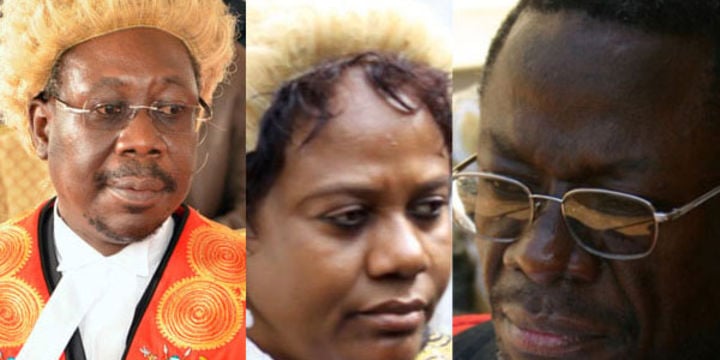 “In exercise of powers vested in the president by Article 142(i) of the Constitution, I have acting on the advice of the Judicial Service Commission appointed justices of the Supreme Court,” the instrument dated October, 31 reads in part.

In the same vein, the president has also appointed the NRM director for legal affairs Oscar Kihiika to the Court of Appeal.
The names have since been sent to parliament for vetting.

The names of the appointed judges have been sent to the Speaker of Parliament for vetting.

Biden To Meet Museveni Despite Opposition Calls Not To Invite Him

Mandela Thanks Teammate Mudekereza For Saving His Life