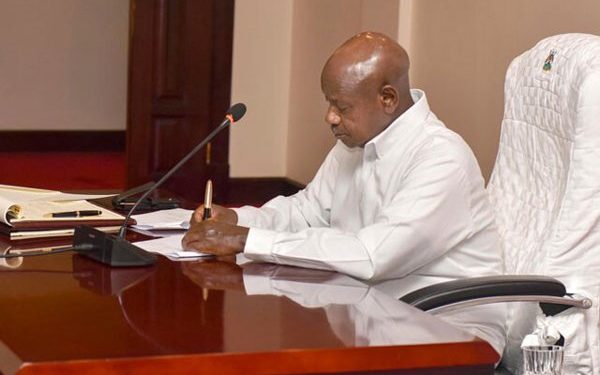 President Yoweri Museveni has saluted former leaders of the Democratic Party (DP) for their contribution towards stability of the country.
This is contained in his condolence message delivered on his behalf by Premier, Robinah Nabbanja to the family of ex-DP leader, Dr. Paul Kawanga Semogerere.

The president has also given the family Shs20 million as his personal condolence contribution towards the burial expenses.
Ssemogerere, who been laid to rest this afternoon at Nantale village in Nkumba died on Friday last week.  succumbing to a Urinary Tract Infection, according to preliminary findings.

Relatedly, The National Economic Empowerment Dialogue (NEED) has eulogized the late Dr. Paul Kawanga Ssemogerere, describing him as a unifying factor to Ugandans.

Dr. Ssemogerere, the former president general of the Democratic Party, also a two-time former presidential candidate died last week at his home in Rubaga Division following a long illness that resulted into an operation.

We looked average against Maroons-Mutebi