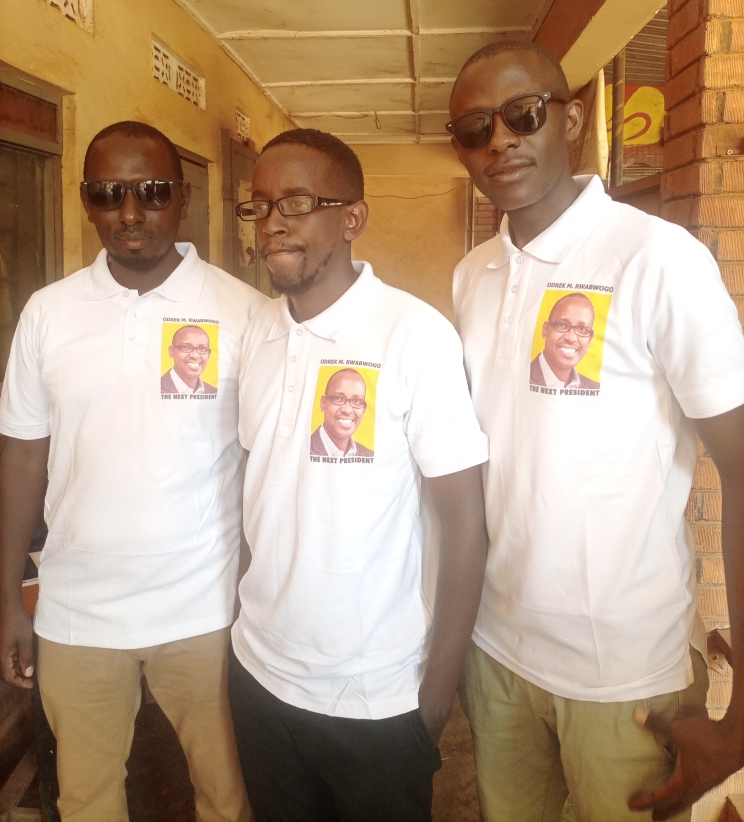 A group of NRM youth activists have come together to popularize what they are calling the “Odrek Rwabogo Project,” which they say is aimed at marketing the First Son-in-Law (Odrek Rwabwogo) as potential President for this country who must come after Gen Museveni.

Led by Musa. B. Rwamigoye (National Secretary for Mobilization and Publicity), David Ahimbisibwe (Natioal Media Coordinator) and Yosiya Mugaju (National Coordinator), the group members started out from Namungoona this Wednesday morning and headed to Serena Hotel where they interacted with reporters while defending their choice of Rwabwogo.

These are not new actors in the NRM vigilante politics because they previously founded and belonged to a pressure group called “NRM TEAM THOROUGH,” whose members vigorously campaigned for Gen Museveni’s reelection for President both in 2016 and 2021.

They say their decision to front Rwabwogo for President come 2026 is based on 10 points inclusive of the need to amplify good governace, human rights observance and accelerating the infrastructure transformation agenda among other things.

The Mugaju group has over the years been patronized by Minister Alice Kaboyo, Kellen Kayonga and other big name cadres of the ruling NRM.

At some point, during the 2016 campaigns, they claimed and declared First Lady Janet Museveni to be the patron of their countrywide political activities that concentrated mainly on contradicting Hon Amama Mbabazi who initially was such a big threat to the pro-Museveni status quo. In the 2021 campaings, they mainly focussed on demonizing NUP’s Bobi Wine Kyagulanyi Sentamu.

The team laid down the 10 point program which they called the Rwabwogo disciple program:

They also told the press the Odrek Rwabwogo project is better than any project and vowed to deliver him to the seat once president M7 retires.

Anita Fabiola Is Back On Television After 2 Years

RDC Guard Shoots One At A Political Rally