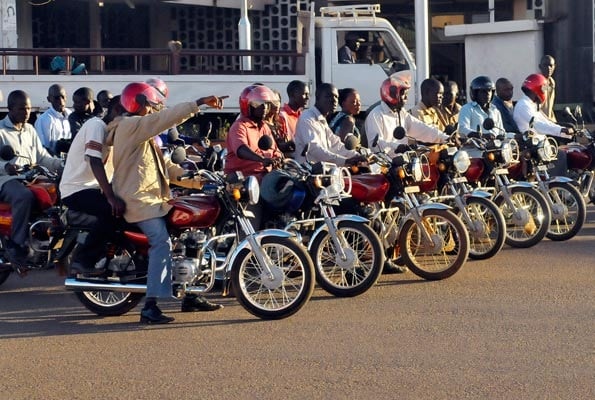 Police have announced a major crackdown on errant boda boda cyclists in a bid to bring sanity on Ugandan roads.

In a statement by the Traffic Police spokesperson, ASP Faridah Nampiima, boda boda cyclists account for the biggest number of accidents on Ugandan roads and this has necessitated the move to reign in on them.

“It has come to our notice that motorcycles (boda bodas) have become a menace on our roads. Every time we have five crashes on the road, four of them involve motorcycles and many people die. As we launch the festive season operations we are to start with motorcycles on November 7,” Nampiima said.

She noted that the boda boda cyclists will be targeted specifically during the operations to enforce wearing of reflector jackets, crash helmets, carrying more than one passenger and third party insurance among others.

“We are to target and arrest them effective Monday. We urge all Ugandan to stand with us to fight crashes by boda bodas.  The boda bodas don’t obey traffic signs and regulations. We need to ensure we enforce the law so that they follow rules and regulations,”Nampiima said.

She explained that boda boda cyclists don’t understand the basic road rules and regulations noting that they will be taught through community policing.

Nampiima however urged passengers on boda bodas to always guide the riders on what to do to ensure they follow the traffic guidelines.
Speaker directive

This comes on the backdrop of a directive by the Speaker of Parliament, Antia Among to police to help curb cases of indiscipline on the road by boda boda cyclists.

While meeting the Deputy IGP, Maj Gen Tumusiime Katsigazi  on Tuesday,  Among said boda boda’s continue to  claim innocent lives on Ugandan roads due to reckless, a situation that needs to be checked.

We face a crisis, especially on Kampala roads as a result of reckless boda-boda riders.

Among Condemns Attack On Busiika Police Post, Only 100 MPs to Attend Plenary Over Ebola

Lockdown And Frustration Not Reason To Use Tobacco