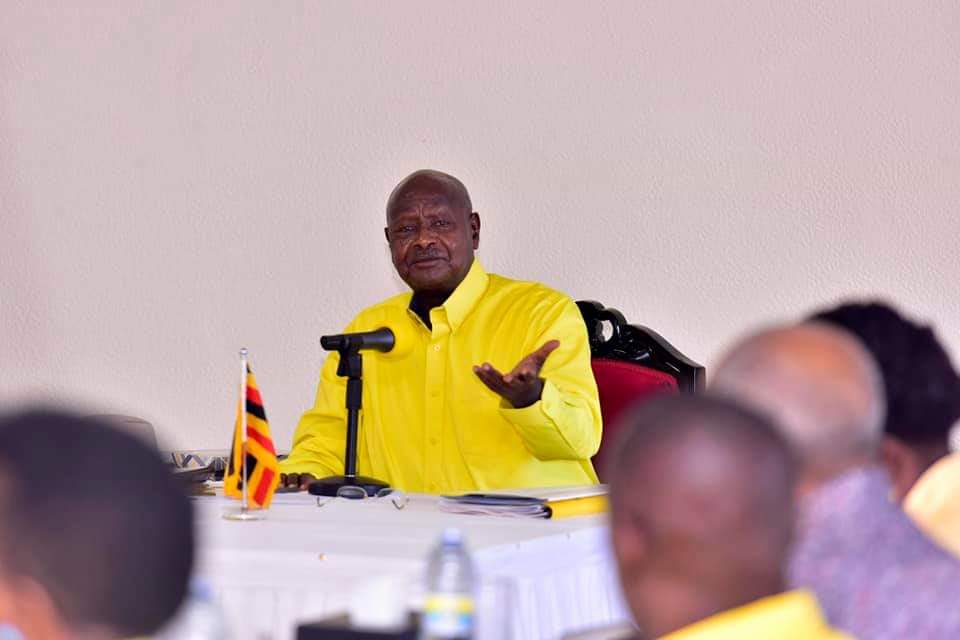 CHOBE, NWOYA: President Yoweri Museveni who is also the National Chairman of the National Resistance Movement today opened the 5 day retreat of the Central Executive Committee of the National Resistance Movement, highlighting governments’ major achievements in infrastructure development and service delivery and emphasizing that the weakest point now is economic empowerment of the 68% of the population who rely on susbsitance agriculture mainly in the rural areas.

He advised the party’s top organ that the retreats’ number one pre-occupation should be finding a solution to the 68% of the population that are not in money economy.
“These 68% population is our weakest point that we need to discuss, the rest is easy. Let us agree and talk the same language and act together,” he said.

President Museveni while addressing CEC this morning at Chobe Safari Lodge in Nwoya district in Acholi sub-region said that whereas the NRM is on track in provision of the development infrastructure including roads, electricity and service delivery, the presence of a big fraction of the population living a subsistence life and is a big challenge to the party and the country.

The CEC retreat is being held under the theme “Building on solid achievements, consolidating the unity of the NRM and the transformation of the Wanainchi towards achieving vision 2040”