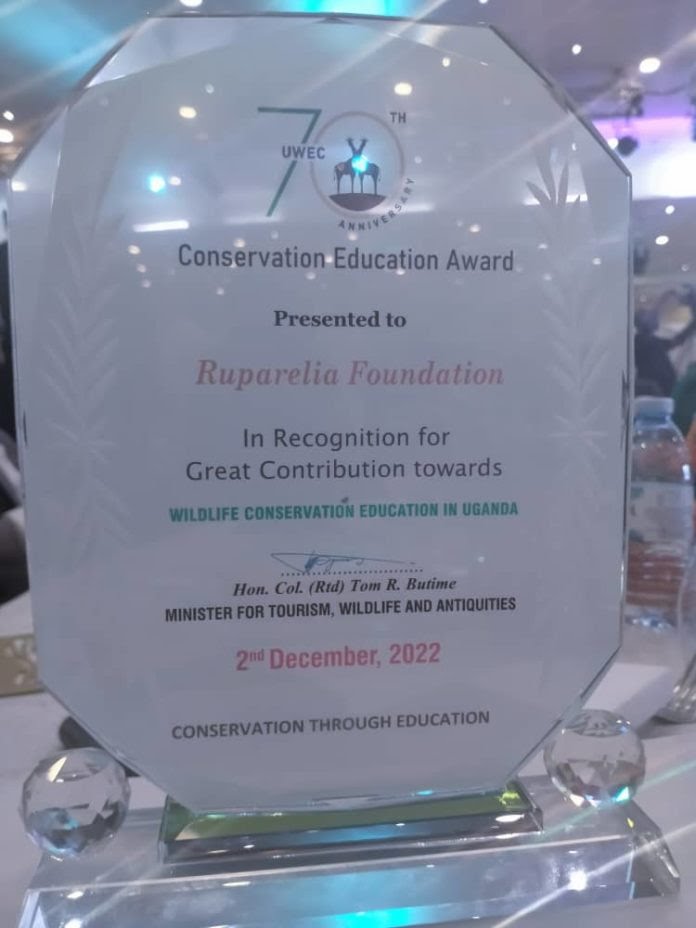 The Ruparelia group under the tutelage of tycoon Sudhir Ruparelia were recognized for there overwhelming contribution towards UWEC.

The Ruparelias are famously known for being pro environment and wild life conservationists through their charity drives.

In 2020, a baby rhinoceros at Ziwa Rhino Sanctuary in Nakasongola district was named Rae Ruparelia in a memorable stunt after a unanimous decision by the prestigious family.

Recently a lion cub at UWEC in Entebbe was named after Dr Sudhir Ruparelia’s grand daughter Arie in a drive to promote conservation in Uganda.

In recent years the Ruparelia Foundation in conjunction with several stakeholders have strived to drive communities across the country to improve livelihoods in Uganda.

There area of focus has largely been on environment conservation, disaster relief and general welfare.