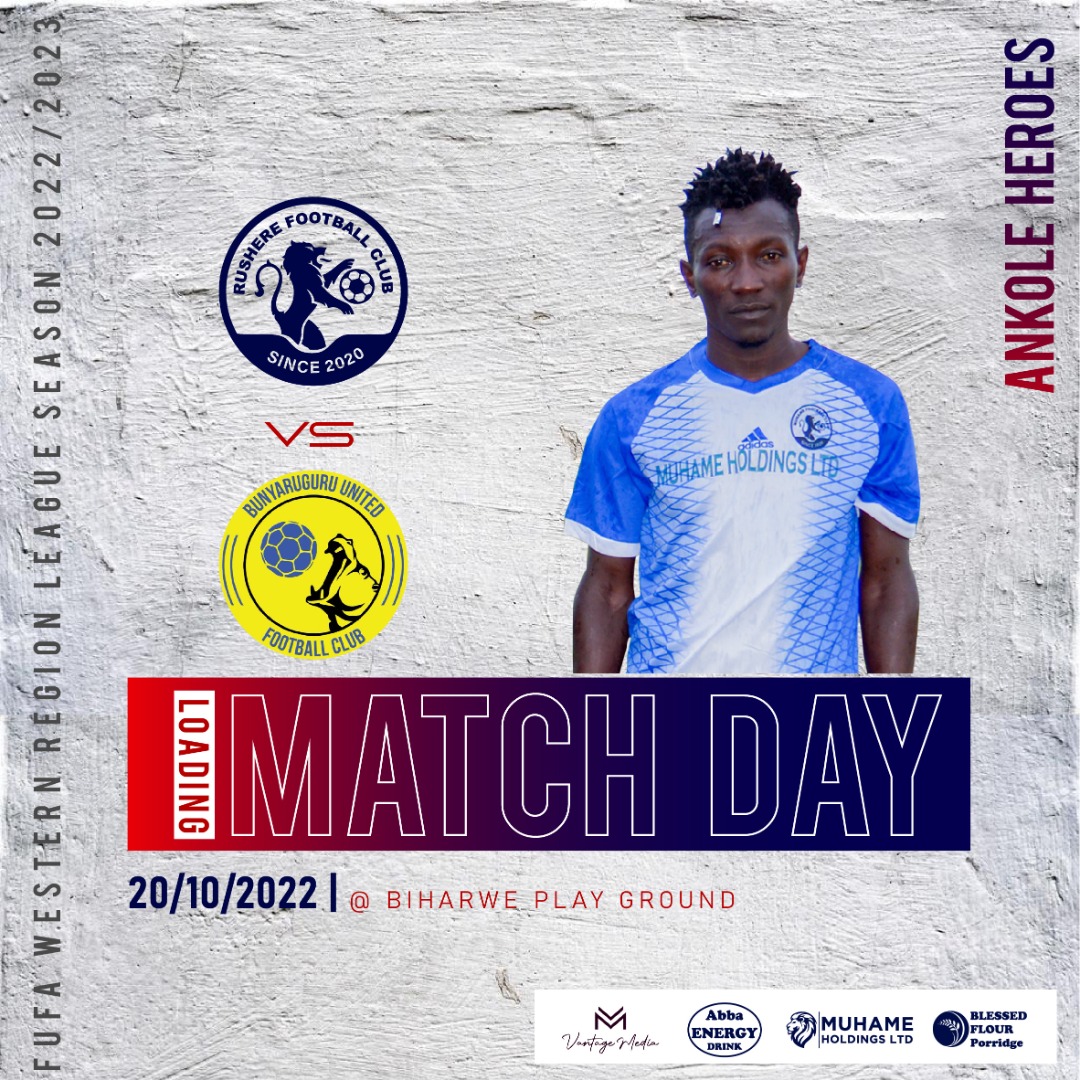 The Ankole heroes have stepped on the gas pedal since that controversial Bushenyi Veterans have been in electric form, beating Ibanda Municipal 2-1 and a 4-1 drubbing of Bushenyi based side Six’Oclock now sit at the summit of the league

Coach Sam Kamurinde believes the latest development will propel his charges to higher levels but has warned of Complacency ahead of the Festive fixture run in,

“We are happy we got justice at last deservedly,our focus now is on Bunyaruguru clash, we need to take each game as a final , we cant afford to take our feet off the gas pedal” warned Coach Kamurinde

On opponents Bunyaruguru FC, they are good side we will have to take our A game to them, we are ready no new fitness issues so we are ready for it

Bunyaruguru United Coach Issa knows the uphill task on his hands against an in form Rushere FC,

“They are arguably the best in the league so far, they have got a plethora of top class players no doubt about that but we have done our home work well we will give everything on the pitch hopefully we get all the points remarked” Coach Issa

The Ankole Heroes lock horns with Bunyaruguru United at the Biharwe play grounds at 4pm, Mbarara News will keep you updated with all the developments of that mouthwatering clash.