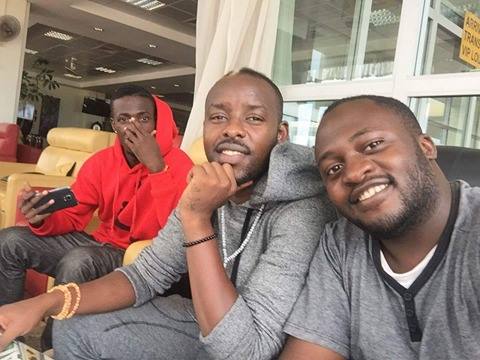 This website has learnt of a ground breaking story between two East African Giants.

The Afrika Mashariki collaboration between Eddy Kenzo and John Frog will be an anthem in the region.

Suzan Tot who is the CEO Independent Tot Records is behind this mind-blowing song titled Action’n’Energy. Suzan Tot is a South Sudan Classic Lady who supports African talents especially those from East Africa.

John Frog previously has performed in many countries both in Africa and Europe and has worked with top African artists before among them Harmonize a top East African artist.

Shasha Vybz shot the video and indeed the whole world should expect “Action and Energy” as the song says.

Speaking to CJ Champion of Different Music, who has worked with Suzan Tot before, he comfirmed to us the big news and says the world should expect fire from Independent Tot Records.

You can reach Independent Tot Records, through there email: independentotrecords@gmail.com.

Chameleone Begs Ugandans to call off the Tubonga Nawe Boycott