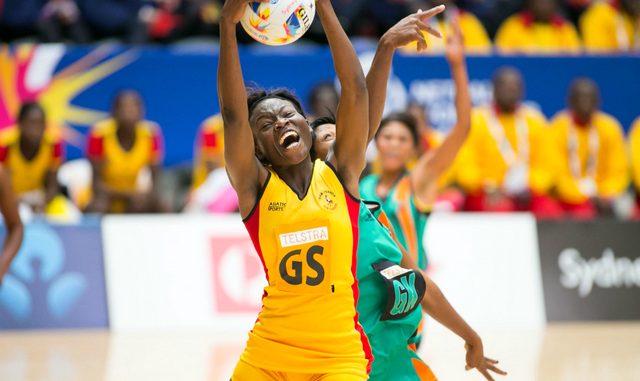 All is well for Uganda’s Netball team- The She Cranes. The team that is currently preparing for the Vitality Netball World Cup- due this month in Liverpool has seen its ranking improve.
The annual International Netball Federation World Rankings put the She Cranes in the 6th Position- the best raking for the team ever.

The latest rankings inclusive of matches up to 30th June 2019, see Australia maintain the lead in first place and Jamaica in second place.
In third is England and New Zealand is fourth. South Africa is Africa’s highest ranked Nation in Fifth position followed by Uganda in sixth. Scotland, Northern Ireland, Malawi and Trinidad and Tobago complete the top ten.

The She Cranes will hope to maintain its high standards when the World Cup gets underway on Friday, July 12.
The 2019 tournament will be played at the M&S Arena in Liverpool, England.

Uganda will face England on Saturday July 13 in a mouthwatering group D game. Scotland and Samoa are the other Group opponents.

Corruption and Greed Will Kill Our Party-NRM MP