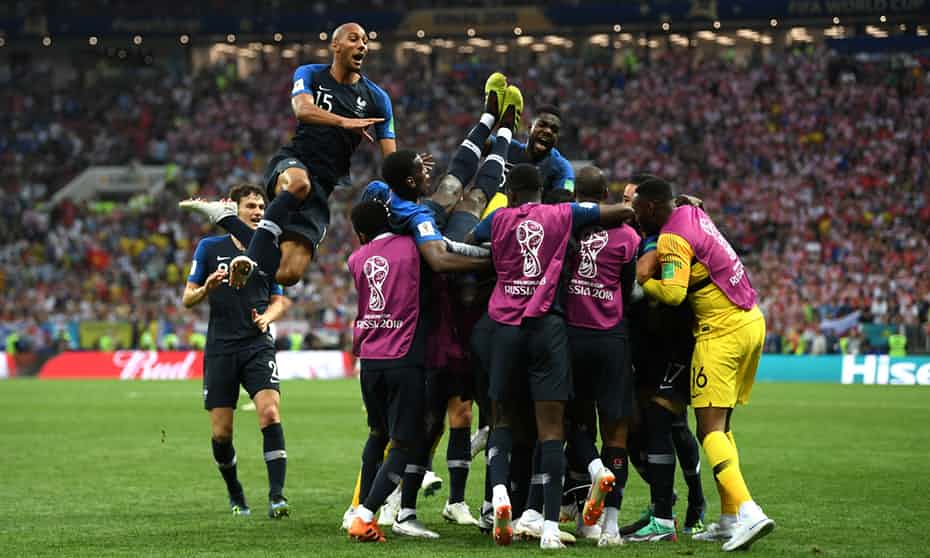 World Cup Money:Here’s How Much Each French Player Will Get

But just how much cash will players on France’s team actually earn from winning the championship? It’s not up to FIFA, or even coach Didier Deschamps. The French Football Federation will decide how to distribute the first-place award.

For winning Sunday’s final, FIFA will give France $38 million from its prize fund. (Don’t feel too bad for Croatia — its team gets to lick its wounds with a cool $28 million). The money comes out of a $400 million pot, according to the Associated Press, which is up 12% from the last World Cup in 2014. In total, FIFA has earmarked $791 million to give to various 2018 World Cup teams for their preparations, players and performances. 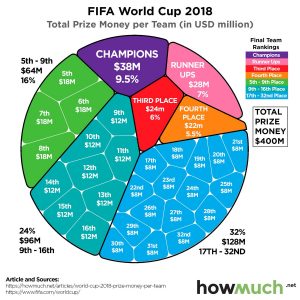 As MONEY reported last month, the prizes are technically awarded to the various teams’ national soccer federations. Those organizations can then decide how they want to distribute the winnings, which means that players in some countries end up profiting a lot more than others.

The president of the French Federation, Noël Le Graët, has said his athletes will get 30% of the cash they earn. Each player was guaranteed a bonus of €280,000, or about $330,000, for making it to the final, according to BFMTV. So they’re at least taking home that much.

At least one player plans to donate his cut to charity. Kylian Mbappé, a forward, announced last month that he intends to give his $22,000-per-game fee — along with his bonus — to Preiers de Cordees, a sports charity for people with disabilities.

“When playing a World Cup, it’s a pleasure, because it’s a dream come true,” his teammate Samuel Umtiti told L’Equipe in French. “So yes, there is money at stake. But I do not care. I do not play for that.”

In fact, perhaps the most valuable perk that comes with winning the World Cup is the trophy, which weighs more than 13 pounds and is made of 18-carat gold. Designed by an Italian artist in 1974, it’s worth up to $20 million, according to USA Today.

But don’t get too excited: The winning team isn’t allowed to take the actual item home due to a series of misfortunes the original Jules Rimet Trophy encountered in the 20th century. Instead, they get to keep a gold-plated replica.

Oil Is Here, So Is Climate Change: What Do We Do About Them?

Jobs Of The Week

Top 10 Weakest Currencies In Africa,Number 2 Will Shock You